Amberg’s courthouse and jail in Esbjerg

The courthouse and jail building in Esbjerg was designed by the architect H.C. Amberg in 1892 comprising two separate front and rear components. The building is one of the last in a long line of town halls, courthouses and jails erected throughout Denmark in the second half of the nineteenth century, and today it stands as a vigorous expression of the urban development Esbjerg underwent in the run up to the twentieth century. 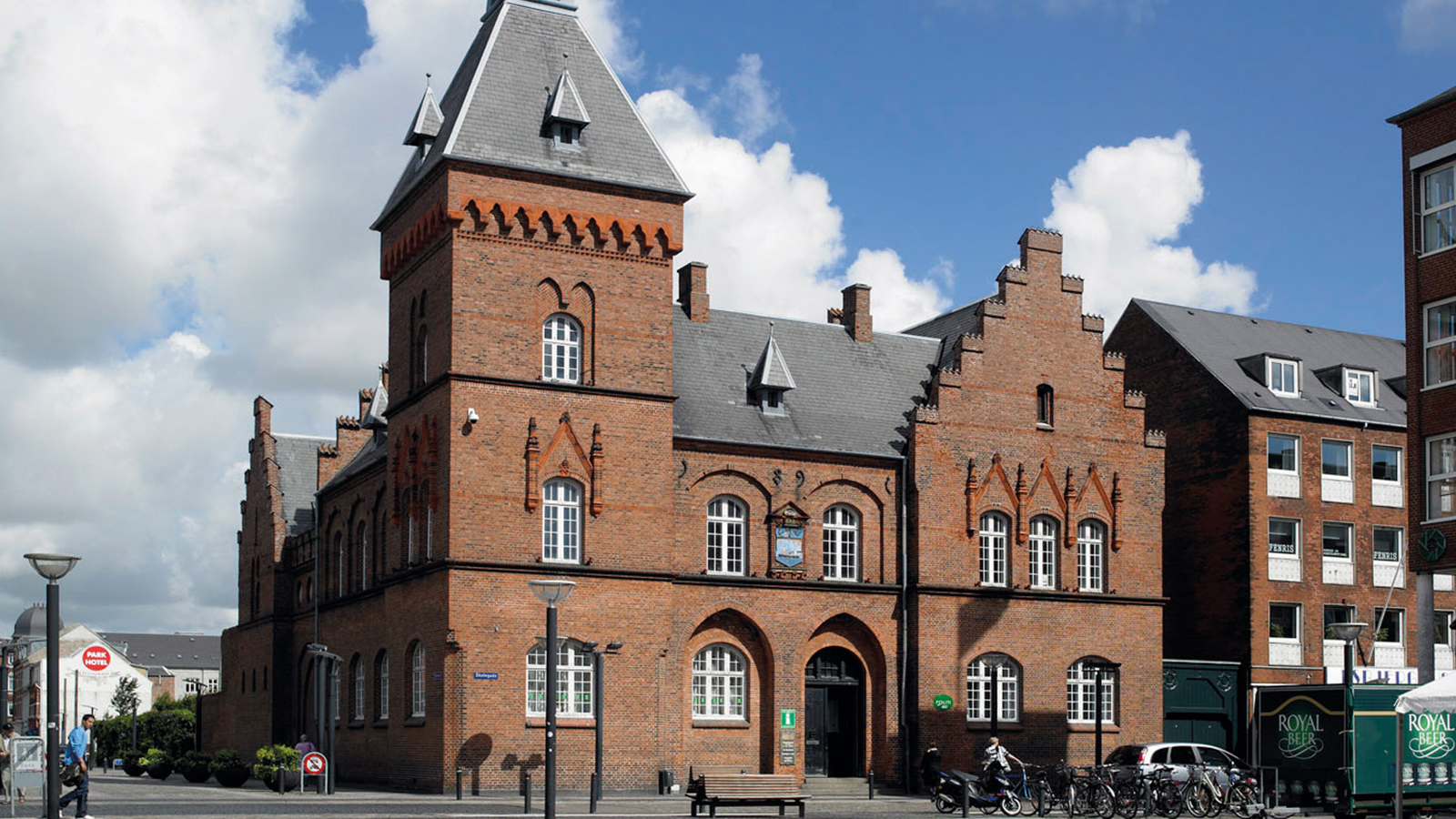 Amberg’s courthouse and jail is situated on the central square in Esbjerg. Today the building stands as a powerful expression of the rapidly developing city of Esbjerg which expanded at breakneck speed in the period following the construction of its port in 1868. The building’s bricks, mortar and rafters are tangible reminders of the pioneering spirit and enterprise of the people of Esbjerg, qualities that also secured Esbjerg its status as an independent judicial district, market town and municipality. This is a building which is incontestably a product of the city of Esbjerg.

When it was completed in 1892, the courthouse and jail was not only a notable building for Esbjerg – in its scale it surpassed anything that had been seen before in what was at the time still only a very modestly sized city. Between 1890 and 1900, the population of Esbjerg grew from 4,000 to 13,000 inhabitants. The inordinately large building was a statement of intent from the upstart city of Esbjerg, which was beginning to challenge the established administrative centres of nearby Ribe and Varde.

The courthouse and jail in Esbjerg were designed by the architect H.C. Amberg, and comprise two buildings, both of which are listed. The jail was in active use until 1947. During the Second World War the building was commandeered by the German occupying forces. The courthouse was in use up until 1970, and the last occupants to vacate the building were the city council in the 1976.

The building was constructed in the historicist style in the latter part of this architectural period and with a clear nod to medieval architecture. With its almost 30-metre-high tower and small spires with their ingenious cupolas, cornices and battlements, the imposing building stands as a powerful expression of the rapidly developing city of Esbjerg which expanded at breakneck speed in the period following the construction of the port in 1868.

In terms of its fundamental structure, the old courthouse and jail in Esbjerg is the very same building built more than 100 years ago. It has been enhanced with a handful of new elements that bring together the building’s past, present and future.

Esbjerg Municipality is the current tenant of both the front and rear buildings. 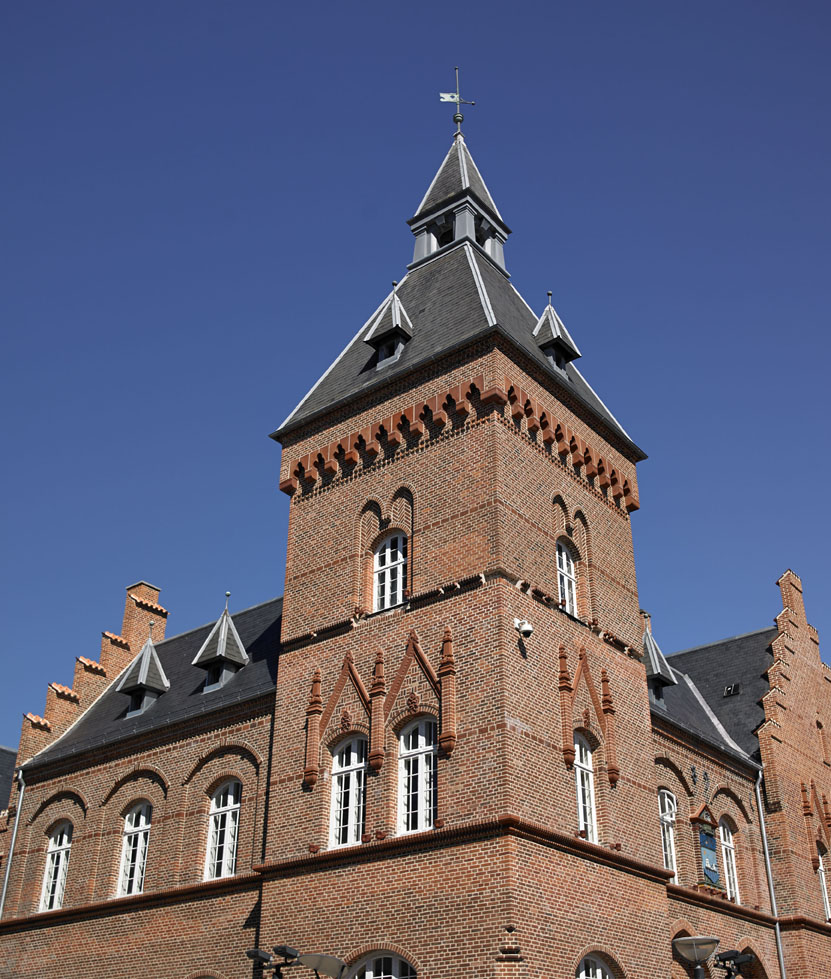