In designing his own home in 1956, the Danish architect Bertel Udsen paved the way for a step forward in the development of the Danish family home: the detached house.

The house, which is situated in Kongens Lyngby, was designed by Bertel Udsen for himself and his family in 1956, and later extended with the addition of a wing housing a design office. In 2001, Realdania By & Byg purchased and restored the house in order to preserve a unique piece of Danish architectural history. In its architecture, craftsmanship, materials and design, the house encapsulates and perpetuates an important chapter in Danish cultural history.

With more than 300 detached houses on his CV, Bertel Udsen (1918-1992) is among the most prolific of Danish architects, having built more single-family homes than almost anyone. With his unique architectural vision and construction style, he was one of the group of architects who in the 1950s an 1960s paved the way for innovation in the building of Danish single-family homes.

Bertel Udsen’s vision and ideas about open-plan, spaciousness, flexibility and richness of experience fostered new connections between the residents of the house and between indoor and outdoor spaces. Udsen was adept at catering to a wide variety of needs in a modest amount of space, yet without the resultant space feeling overly congested. He imbued his designs with an airiness and spaciousness by allowing one room to merge into the next and by blurring the boundary between indoors and outdoors. In this way, he was able to create an organic, open and flexible architecture with a lot of natural light and maintain a connection with the natural space outside.

In the house Udsen designed for himself, one can clearly see the inspiration he drew from the American architect Frank Lloyd Wright in the large open fireplace that forms the focal point of the whole house. Alongside these elements, one also witnesses trends current at the time the house was designed, such as the large playroom and the open-plan kitchen/living room. In common with a number of other Danish architects of his day, Bertel Udsen was concerned with creating an architecture with tangible and rustic elements, and in designing his own home, he made use of materials such as yellow bricks and timbers in the walls, fireplace and kitchen and in the design of the house as a whole. 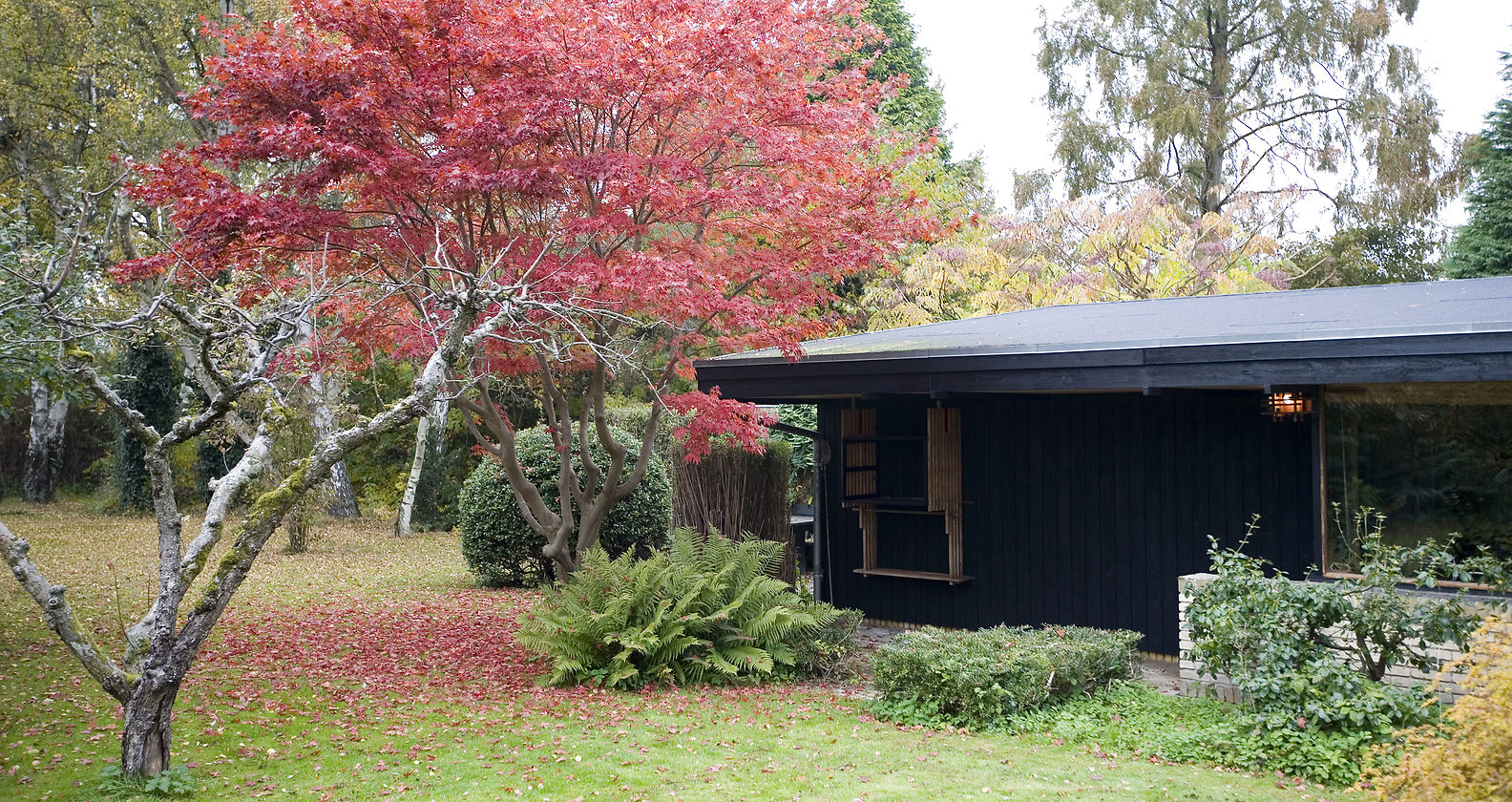