Erik Christian Sørensen’s private residence represents a ground-breaking design among Post-War houses, and it is a powerful personal expression of a modernist architectural vision in timber.

The architect Professor Erik Christian Sørensen’s private residence was unique among the many single-family houses built in the golden age of modernism. The house, which was built in 1955 in Gentofte, is a powerful personal expression of a modernist architectural vision. It is a house characterised by its fully realised rigorous and modular composition, its flexibility, its interaction with its surroundings, and its timber construction. Realdania By & Byg acquired the property in 2019 in order to preserve the building with its unique qualities and originality for posterity.

In February 2020, architects, consultants and builders embarked on physical restoration of the building.

The house’s simple and characteristic post constructions in pine are a fully realized and recurring feature, conveying a unique architectural expression. The structure and its orderly geometry does not only convey a sense of meticulousness; the construction also encompasses variation and flexibility. Erik Christian Sørensen’s house is an elegant encounter between Danish building culture and the international impulses – in particular from Japan and America – which inspired Danish architects in the early 1950s. Erik Christian Sørensen was one of the major Danish architects of the twentieth century, and he lived at the house, which had its own drawing office, until 1969, since when it has changed hands twice.

Erik Christian Sørensen’s house stands on a secluded plot of land in Charlottenlund north of Copenhagen. It was built entirely from timber with the exception of a few elements such as the brick chimney, and load-bearing structures such as posts and beams have been painted black and deliberately left visible. Inside the house, the walls are clad with wood and it is floored with large tiles, and the extensive glazed surfaces on the facades combine with the broad eaves to create a particular link between the interior and exterior.

The house essentially consists of a single large space stretching from floor to ceiling, between which the walls can be fitted so there is a flexible layout and it is easy to move the partition walls. There is an added layer of fine detail in the fitted wardrobes and cupboards, etc. throughout the property. Erik Christian Sørensen said of the house that it was  “a radical interpretation of the traditional Danish half-timbered house”: “Essentially I wanted to get back to the fundamentals of architecture: proportion, rhythm, light, texture; perhaps first and foremost a certain lightness and brightness; the things which allow the exterior and interior of the house to merge, and form a single, unified space”. 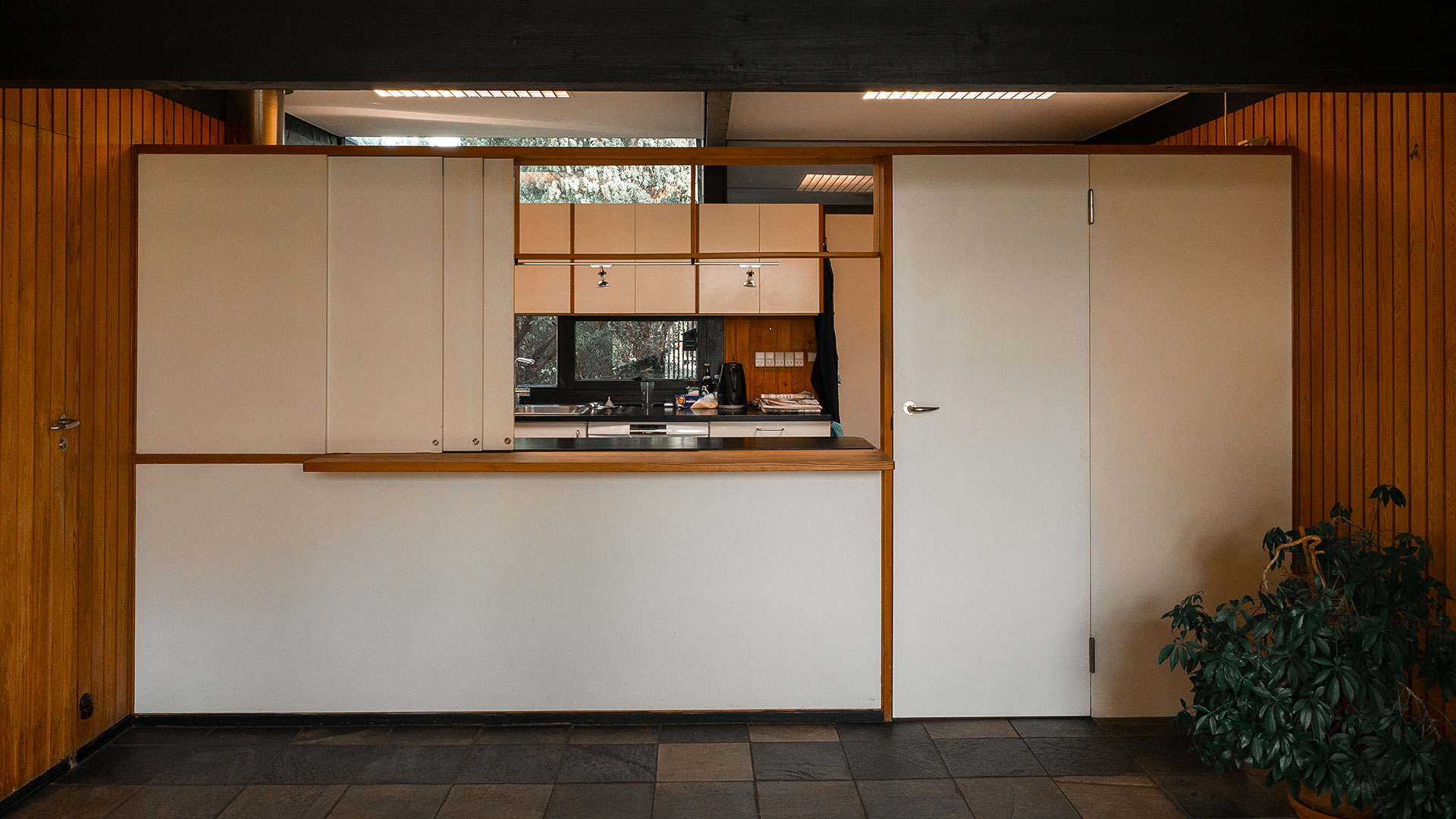