Gelsted Station on the line between Odense and Middelfart was built in 1908, and is an intact example of a classical type of building: the railway station. Extensive restoration lies ahead to ensure that the authentic station building is preserved for future generations to help keep alive the narrative about the role and importance of railways and stations in Denmark over the years. 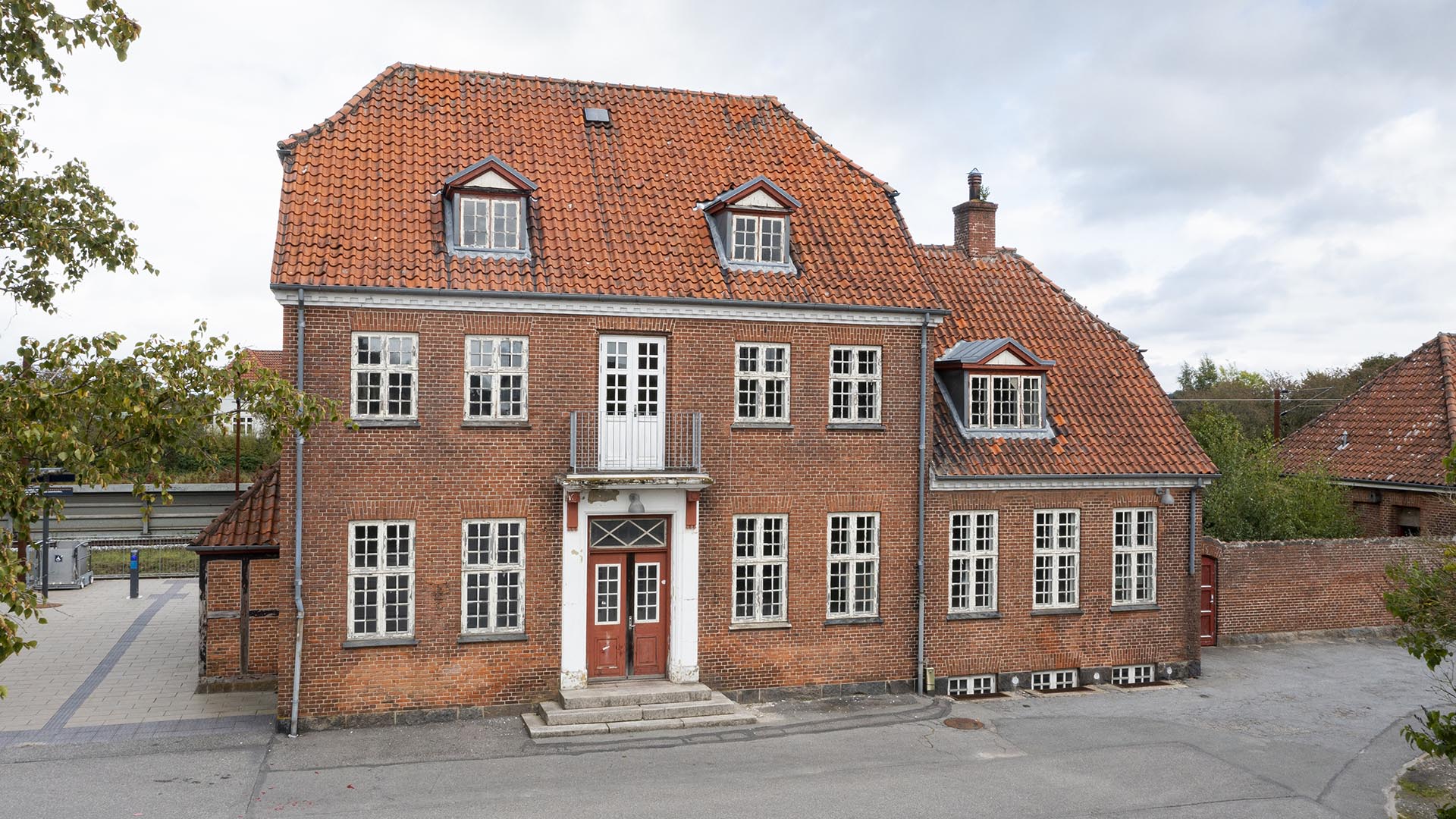 A railway station is just as recognisable as a church, and stations have strengthened social cohesion in towns throughout Denmark for centuries. The Danish station building is an iconic type of building that emerged with the industrialisation of Denmark in the late 1800s, and which since has created cohesion across the country.

In line with social developments at the end of the 20th century, many station buildings in market towns and provincial towns have gradually been taken out of operation. Some of them have been demolished, while others have been sold and converted for other purposes. The remaining and very intact station buildings are now being revitalised.

Gelsted Station was built in 1908-1909 - around 40 years after the railway across Funen was built. The station was constructed in the historicist style, with clear national-romantic and neo-Baroque features, and it pre-empts the down-toned neo-classicism of the Better Building Practices movement.

Gelsted Station is not listed, but both the interior and the exterior are almost unchanged since it was built more than 100 years ago. Even the original kitchen in the stationmaster’s house is well preserved, and the outstanding fixtures and furnishings such as benches and the porch to the waiting room are still untouched, apart from new colouring. The station building has not been used since 2009, when the dwelling on the first floor was abandoned.

Gelsted is in west Funen, and today there are 1,700 inhabitants in the town. The railway connection to the town was built in 1865. The station was built some way away from the village of Gelsted and consequently a new station town arose, which only later expanded to the old village.

The station was designed by the architect Heinrich Wenck and was one of the five almost identical stations built on the Funen railway line in 1908-09: all designed by Heinrich Wenck. Like most of the stations of the day, Gelsted Station is composed of a main building with waiting room and ticket office on the ground floor, stationmaster’s dwelling on the first floor, a storage building with loading bay facing the street, and a partially open linking building with shelter for waiting passengers.

As the architect for DSB (Danish State Railways) in the period 1891-1921, Wenck designed more than a hundred station buildings throughout Denmark, including Copenhagen Central Station. Heinrich Wenck’s very long career with DSB makes it possible to see developments in architecture over 30 years reflected in his stations. The many station buildings designed by Wenck also include the characteristic stations in Helsingør and Esbjerg.

Gelsted Station was unused for many years and it was acquired by Realdania By & Byg to ensure that the building, with all its well-preserved station fittings and fixtures, is preserved for future generations. The station is a natural part of the urban environment in Gelsted and after restoration it will be rented out for housing and offices. 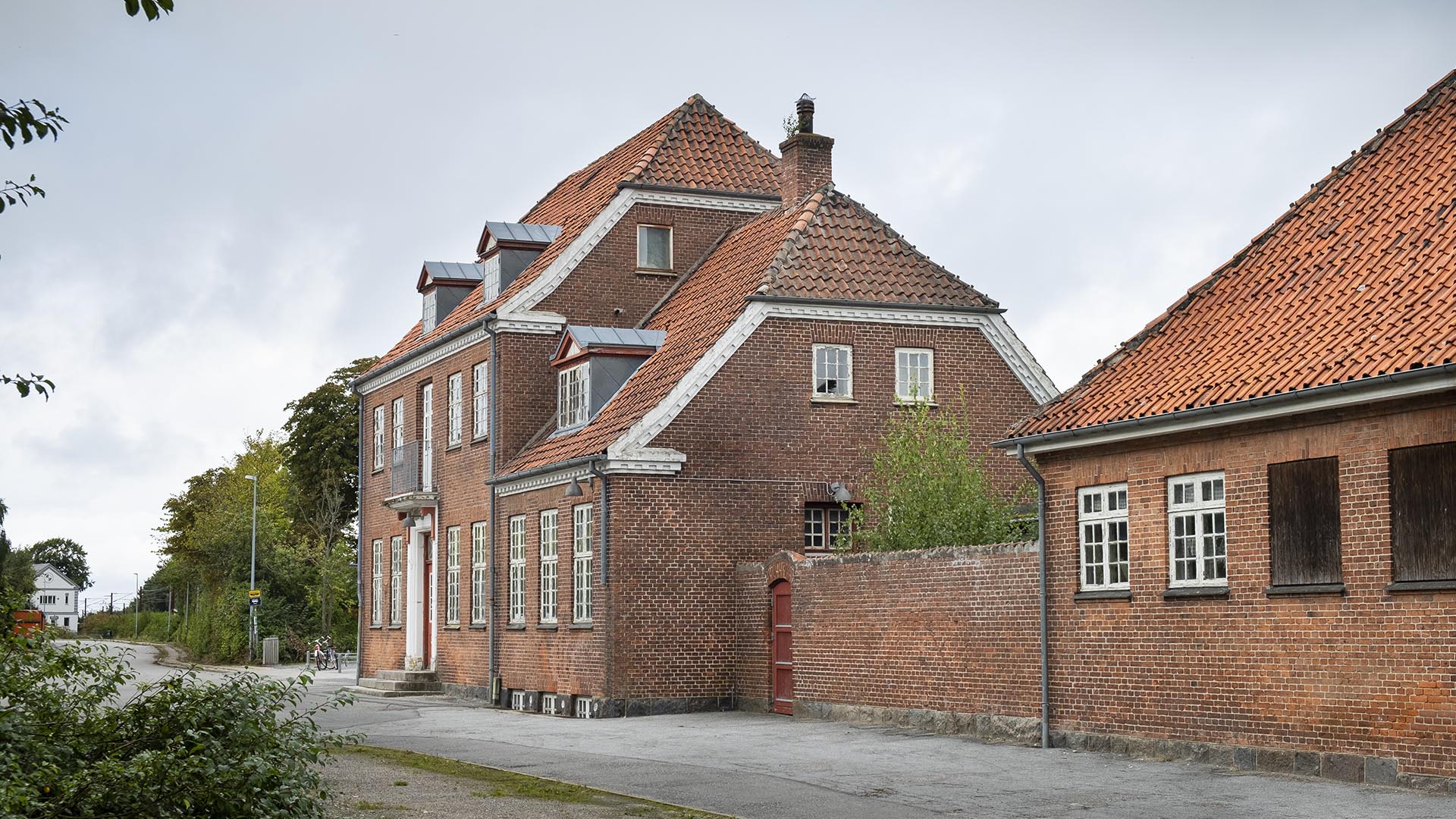