Hindsgavl Castle is a full-fledged piece of architectural heritage, a manor house which bears witness to the role of the Danish country estate and its development over the centuries. 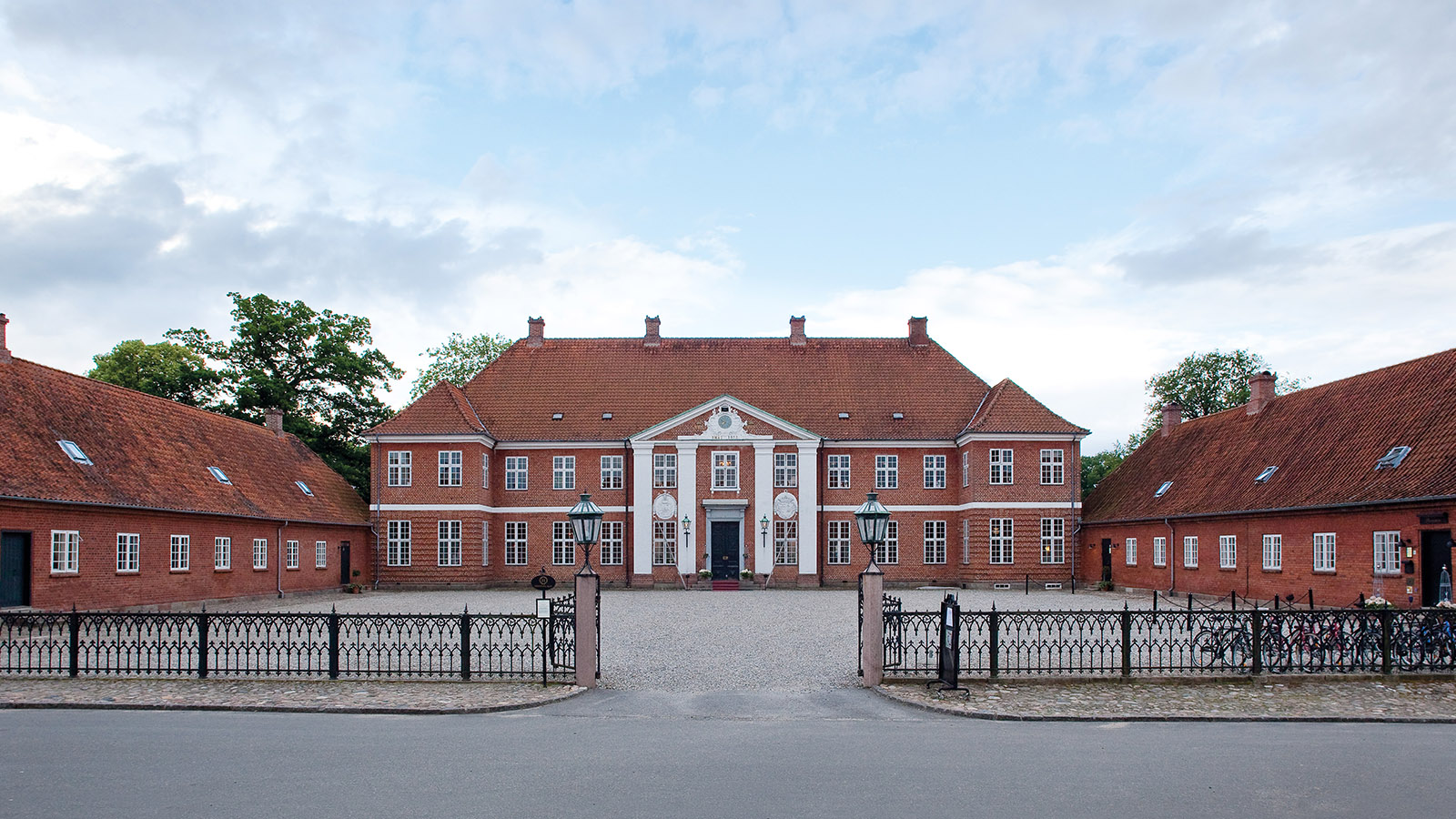 Hindsgavl Castle began its life over 800 years ago as a royal castle. The castle is situated close to the Little Belt strait on the Hindsgavl peninsula near Middelfart. The castle in its present form was built in 1784-85 in the Classical style as a luxurious home for an aristocratic family. Hindsgavl Castle has for centuries left its stamp on the local landscape and the region. When it was released from its restrictive entail deed, Hindsgavl was converted into a teaching facility and later a hotel, and a new era in the life of the castle began. Realdania By Byg took over the running of Hindsgavl Castle from Realdania in 2003, after which the property underwent extensive restoration and revitalisation. The entire property has protected status.

Hindsgavl Castle comprises a unified cultural landscape with its castle, home farm, castle garden, kitchen garden, deer park, forest, dower house and not least a number of smaller buildings including a forge and an ice house. After having operated as separate properties for a number of years, the castle and the home farm were reunited in 2005. In 2011 deer returned to the deer park, which is run by Middelfart Municipality. The municipality has decided to use the extensive areas of woodland and open plains as a recreational nature reserve open to the public, and the castle’s romantic garden is open to visitors.

Hindsgavl Castle is a beautiful expression of the international architectural ideals of the day interpreted in a local context. Fully in keeping with the classicist model, the property is laid out along two symmetrical axes: a transverse section which divides the stately main building from the working area of the home farm, with a three-winged building encircling an inner courtyard on each side. There is also a longitudinal section running through the gates of the property into the Agerumslade barn, straight through the castle’s main entrance and through the garden gates. The rooms of the castle are arranged enfilade, with each opening into the next. Large double doors and mullioned windows with profiled frames invite the gaze to wander along the straight lines and towards the horizon. The front wall of the castle garden, with its rhythmical form, is a particularly breath-taking and masterful piece of classicist architecture, while the facade facing the castle’s cour d'honneur or forecourt by contrast struggles to shrug off the ideals of the Baroque.

After acquiring Hindsgavl Castle in 2003 Realdania By & Byg carried out an extensive restoration and transformation of the property with a view to revitalising its unique and protected cultural environment. Ever since it was built as a royal castle for the travelling monarch, Hindsgavl Castle has been a driving force in the local area. Later, as the home of an aristocratic family who recognised the importance of establishing a variety of small-scale industries and employing local labour, the castle became not only a lively hub of activity in the local area but also a thriving crossroads. Today the property functions as an ultra-modern hotel and conference centre, and continues to inject life and activity into the local area. 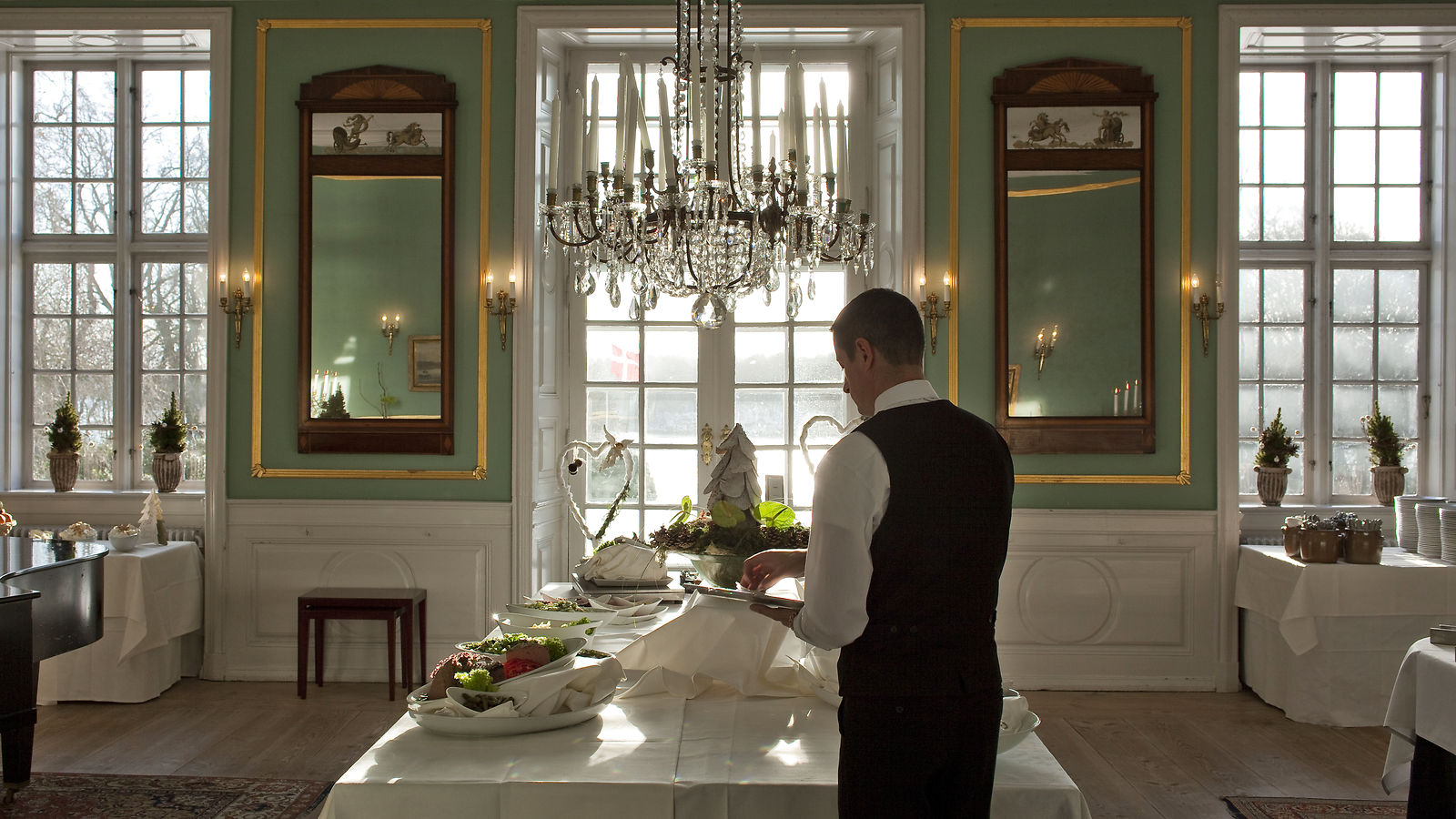 Watch the movie about Hindsgavl Castle