Fredericia Town Hall, Courthouse and Jail, built in 1860 and designed by the architect Ferdinand Meldahl, functioned until 2003 as the city’s courthouse and jail, albeit in later years solely as a courthouse building for the criminal court. 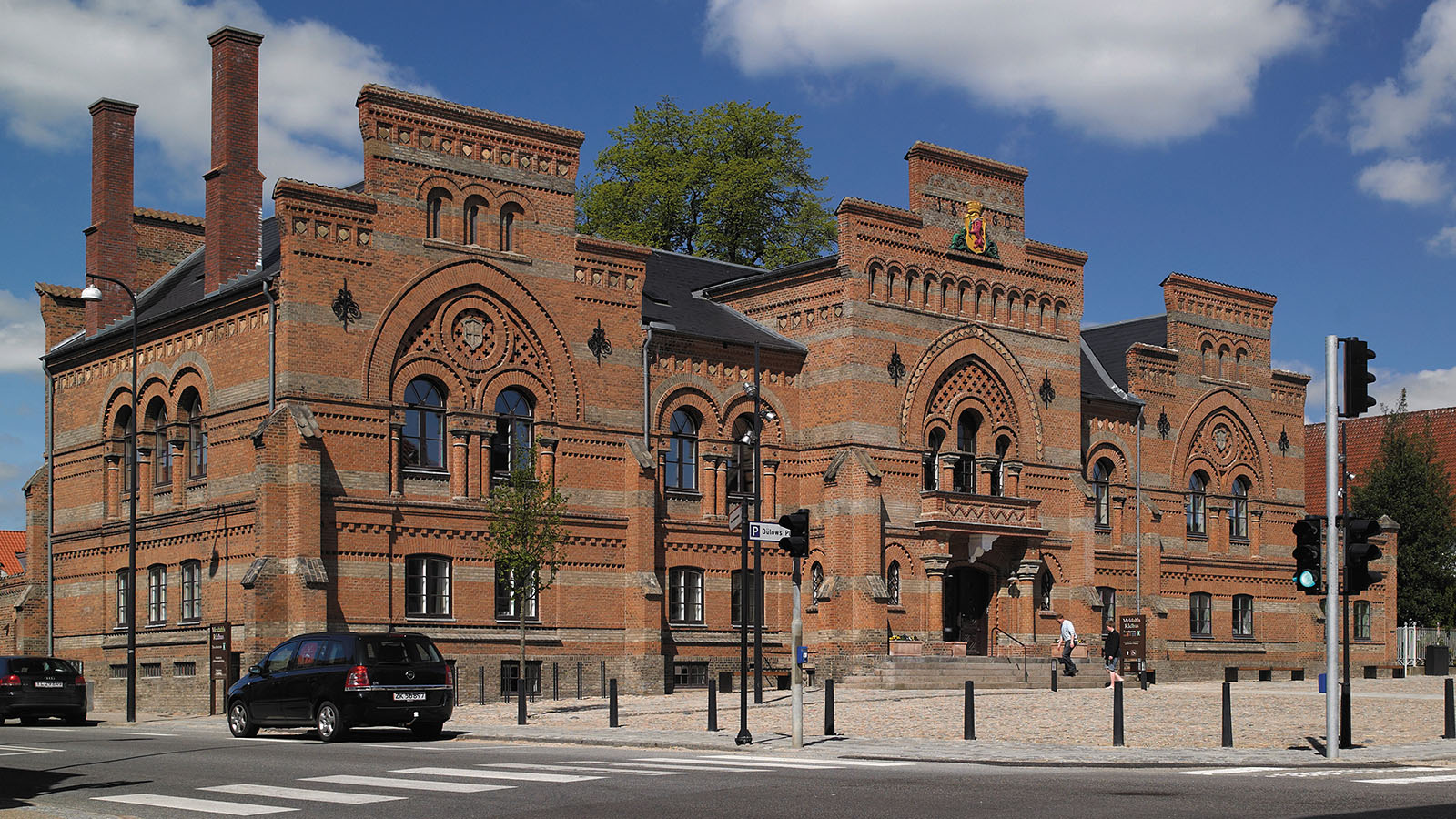 Fredericia Town Hall, Courthouse and Jail is a manifestation of the dawning of the Historicist period in Denmark, when Danish architects drew freely upon raw inspiration from earlier periods in European architecture. In this case, they took as their model the Italian Renaissance and Byzantine architecture.

The architect and the building

In 1856 Meldahl (1827-1908) had just returned from a long trip through Europe and the Middle East, and the inspiration he found there found expression in the construction of town halls. The building simultaneously embodies the styles of medieval northern Italy and Byzantine, and the town hall is considered one of Meldahl’s most outstanding works in Jutland.

The two-storey pavilion-like building is constructed in red and grey brick, with three gable sections on the façade. In 1915, a kitchen wing was added to the rear of the building facing the prison yard, together with an extension to the north gable. These extensions have been added in such a way that they have not appreciably undermined the architectural balance and clear symmetry of the building.