Nørre Vosborg has the distinction of being Western Jutland’s most stately manor house. It is one of the few remaining, one of the most well-preserved examples in the region, and its history can be traced back as far as the thirteenth century. 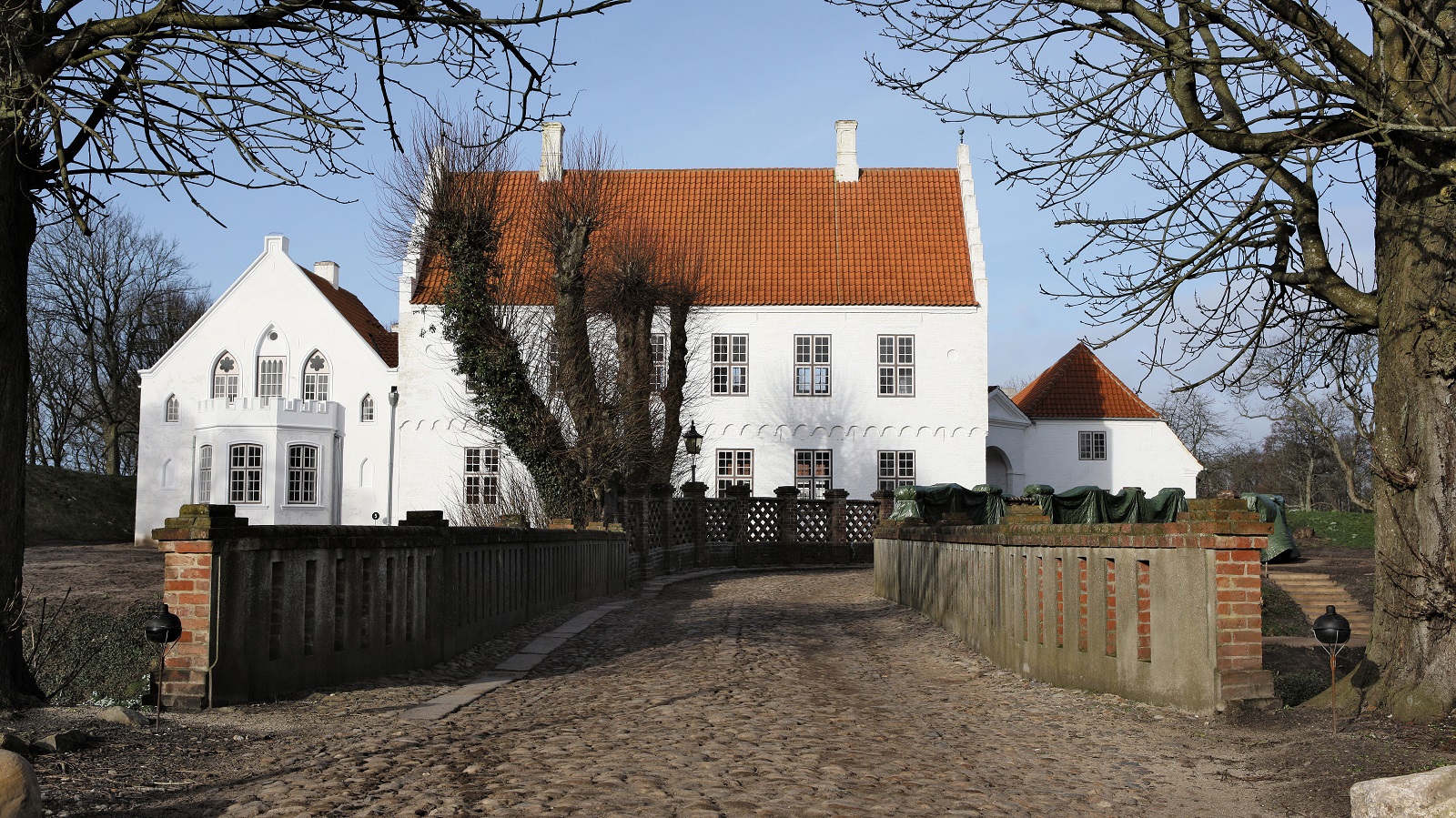 The Nørre Vosborg manor house has the distinction of being Western Jutland’s most stately manor house, it is one of the few remaining and one of the most well-preserved examples of such a house in the fjord-strewn landscape of Western Jutland, with a chequered history which can be traced back as far as the thirteenth century.

The listed property comprises several buildings built in the period 1532 to 1951. The castle structure itself with its surrounding embankment is made up of four adjoining buildings encircling a closed, paved courtyard: Gyldenstjernehuset, built in 1570; the so-called Ide Langehus, built by Ove Bielke around 1655; De Lindehuset, which dates to the 1760s (built by De Leth but known as De Lindehuset); and Tanghuset, constructed in 1838 and 1857.

The farm building consists of two oblong structures, which originally served as stables, cowsheds and barns. The buildings stand on either side of the approach to the castle, where one is greeted by an eye-catching gatehouse from 1790. The farm buildings were built and rebuilt in several phases due to fire damage. The oldest parts of the buildings were built in 1788, while the most recent elements date to the mid-twentieth century.

Behind the north wing of the farm building complex stands the newest building on the estate: the hotel wing, constructed in 2007 by Realdania By & Byg Immediately in front of the gatehouse on the left stands Vosborglille, built as a retirement home in 1853.

Realdania By & Byg took over Nørre Vosborg in 2004, with the aim of bringing the property back to life and restoring its buildings. The plan was to develop this valuable and historic piece of cultural heritage into a hub of cultural and business activity in Central and Western Jutland that can serve as a beacon for cultural and economic life in the region. Baroque and rococo, and classicism