The county governor’s residence in Hjørring

With its magnificent garden, the county governor’s residence in Hjørring, dating from around the year 1900, is one of the finest buildings designed by architect Hack Kampmann for the governing class. 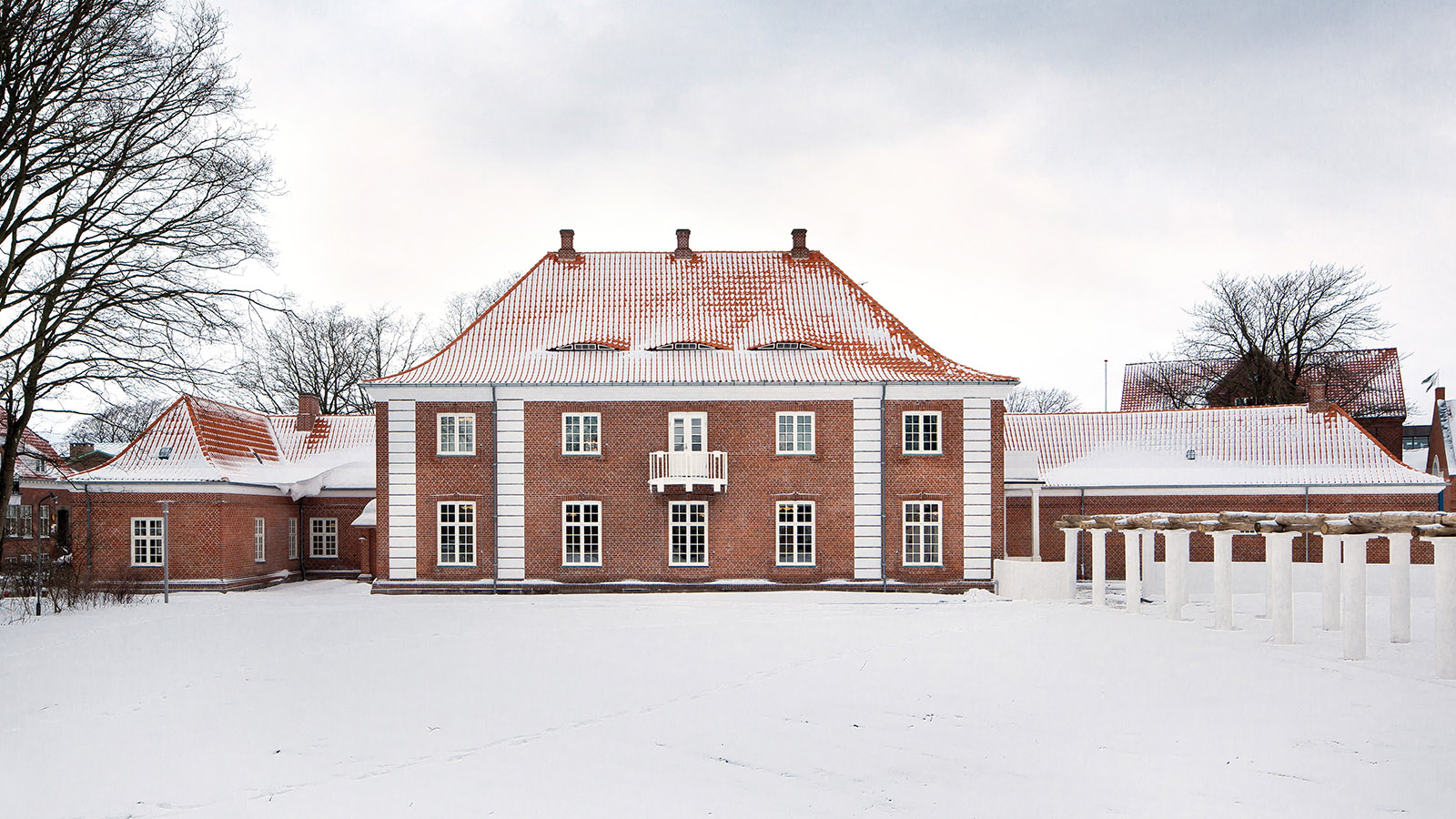 With its physical proportions and fine details, highly functional design and well-functioning construction elements, the complex of buildings is an excellent example of Kampmann’s work. Architecturally the building is neoclassical in style, but this is by no means a building that has forgotten its roots – the bare brickwork, granite and red-tiled roof leave us in no doubt that we are in Denmark.

At the same time, the county governor’s residence is also an elegant example of the time Kampmann served as the royal surveyor in Northern Jutland in the period 1892 to 1920; perhaps even the very best example in Denmark of how the house of a member of the governing class could be incorporated into a local and regional context. In its function, layout and its architecture, the property recalls the grand country estates of the past.

The extensive garden was probably landscaped as early as the 1820s. There were originally several such large gardens in Hjørring, but this is the only remaining example. The unique features of the garden are its small gazebo and a pergola with ivy - both original features. In front of the county governor’s residence there is a small garden with a lawn and trees. Both the garden and the front lawn are integral elements of the complex as a whole, which underscore the house’s dual function as a family home and the office of a governing official.

The building and its surrounding gardens, walls, trees and gazebo were together awarded protected status as a whole.