The MiniCO2 Houses: The Prefabricated House

Most homeowners carry out ongoing alterations to their homes as their families grow or their needs change. These alterations can incur a high cost in terms of carbon accounts, and it is precisely this challenge that The Adaptable House sets out to address.

The MiniCO2 Prefabricated House marks the conclusion of a major development project; the MiniCO2 Houses. The project comprises six houses, each of which illustrates different ways of reducing carbon emissions when constructing, operating and maintaining a house.

The MiniCO2 Prefabricated House is the last in the series of six houses, and builds on the lessons learned, the results and the specific carbon-reducing measures used in the development of the first five houses.

The aims of the project were twofold: Firstly, to pass on to suppliers of prefabricated homes the knowledge gained about low-carbon-footprint construction. Secondly, to encourage Danish house buyers to consider buying a low-carbon-footprint house - without such a house costing them more than a conventional tract house, while also providing them with a range of additional benefits which make the MiniCO2 House more attractive and practical.

Five companies were selected and invited to submit tenders for the project to build a MiniCO2 Prefabricated House: A detached house, 130 m2 to 150 m2 in size, with a price equivalent to the ordinary average detached house for a family of two adults and two children.

Additionally, the task was to design a house which, over the course of its life and in its demolition, would reduce carbon emissions as much as possible, while also providing added value for its occupants, saving them money and time and improving their quality of life. The building did not have to be unique, but it had to be suitable for a growing family, and represent a competitive option on the Danish prefabricated house market. 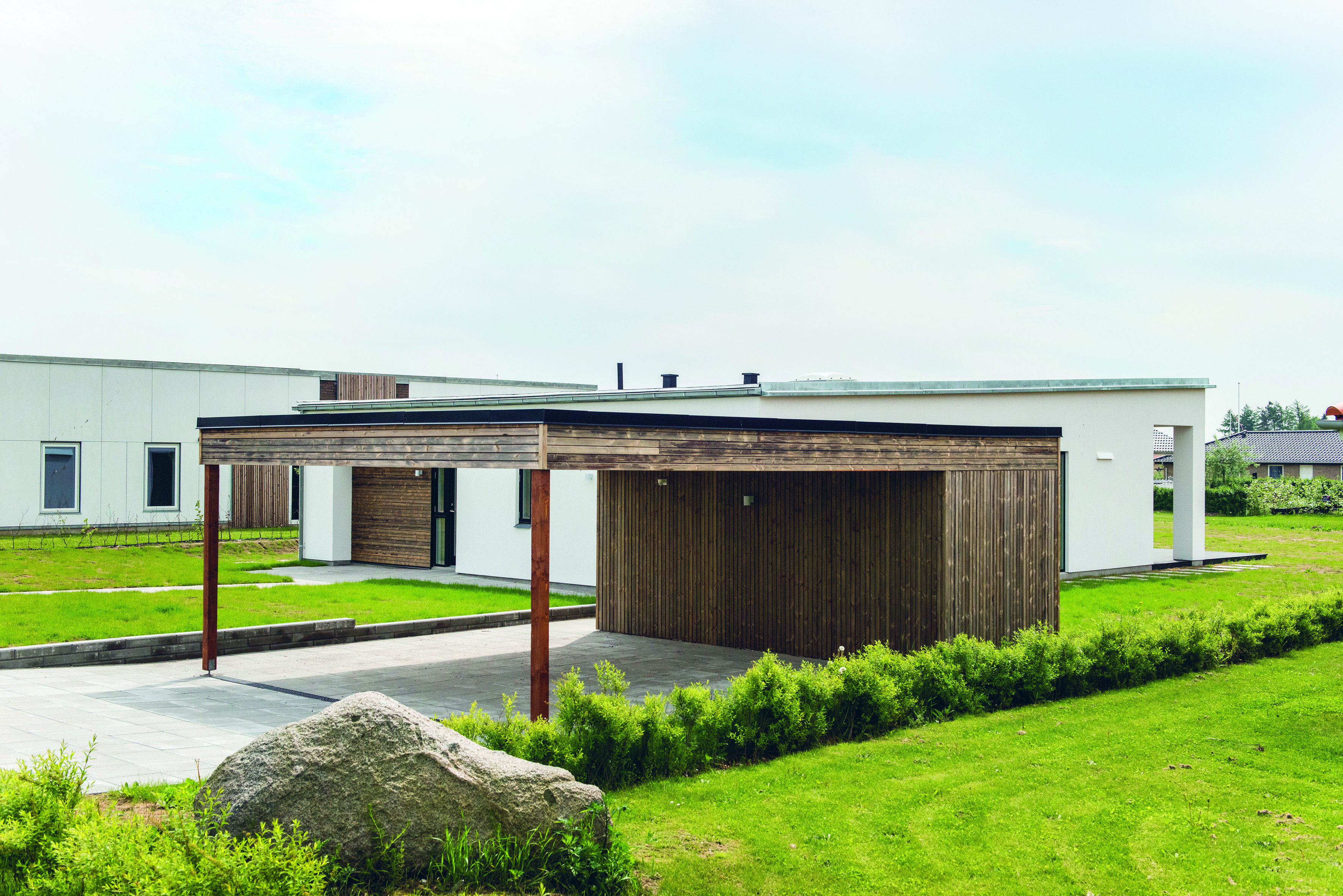