The Roman Houses comprise a total of 60 patio homes, one of which is owned by Realdania By & Byg. The houses were designed by the architect Jørn Utzon and are a pre-eminent example of the “built-up, low-rise” model of housing development. 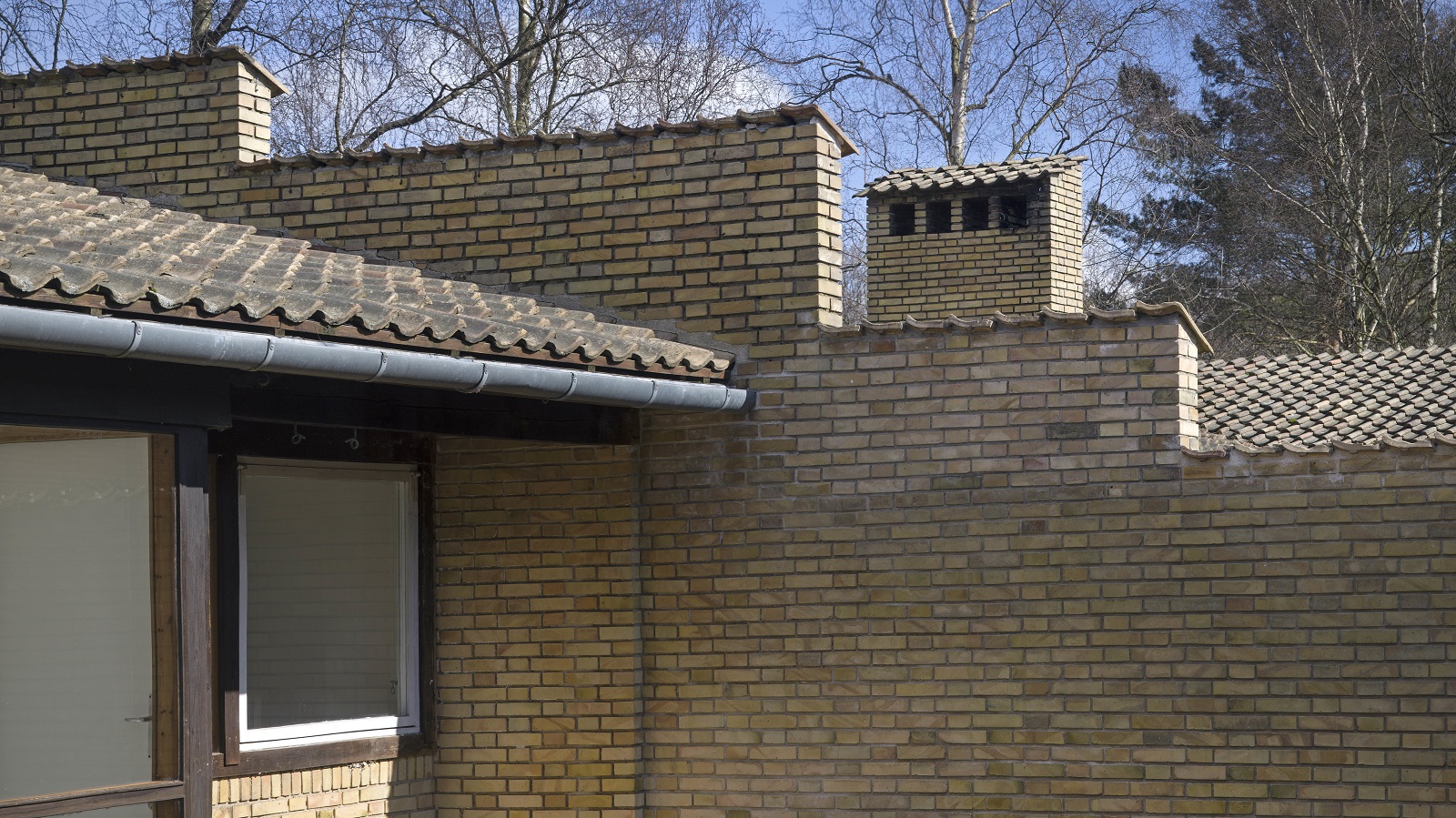 The development was constructed in the years 1957-60 and named the Kingo Houses after the housing association Boligselskabet Kingo, which built the properties.

Nonetheless, the development with its 60 patio homes came to be referred to as the “Roman Houses”, and this name caught on in the local area as one by one the houses were sold upon completion. The name the Roman Houses comes from the architectural style, which draws upon the model of patio homes from throughout the world, but also the archetypical Danish farm.

The Roman Houses the surrounding recreational area were listed in 1987, and represent one of the first Danish housing developments of modern times to be listed. Both the individual houses and the development as a whole have listed status.

In the 1950s, brickwork was considered the epitome of Danish building practice, and the characteristic brickwork of the Roman Houses makes use of yellow-flamed machine-made bricks in its unusual “Gothic” running bond. Together with the roofs of the houses, which employ yellow-flamed pantiles, the brickwork lends the façades a unique and well-finished appearance.